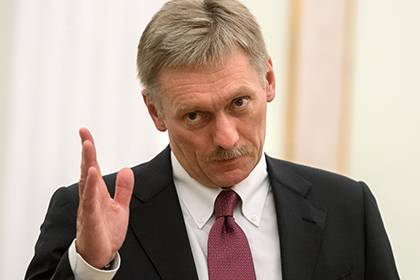 USA, groundlessly accusing Russia of meddling in the American elections, are obscene, believes the Kremlin’s spokesman Dmitry Peskov. He commented on another of the accusations against Moscow by Washington of hacking attacks, reports TASS.

“Here, you either need to stop talking about it, or bring finally some proof. Otherwise, it looks quite obscene,” said the press Secretary of the President of Russia.

On this topic also expressed the assistant to the Russian leader Yury Ushakov. According to him, Vladimir Putin raised this issue in conversation with his American counterpart Barack Obama on the sidelines of the September summit “the Big twenty” in China. “Our side was given a very clear answer, which might not fit into what we were trying to explain Obama,” said Ushakov “Interfax”.

16 Dec broadcaster NBC News published excerpts from an interview with Obama’s NPR radio station. In an interview with reporters, the incumbent US President promised that Washington would take action in response to the attempts of other States to intervene in the conduct of American elections. He also mentioned the activities of Russian hackers, the attack which, according to the head of state, has created more problems for the democratic candidate Hillary Clinton eventually lost to Republican Donald Trump in the presidential election.

In addition, 15 Dec NBC, citing sources in American intelligence reported personal intervention of Vladimir Putin in the election campaign in the United States. This is the conclusion of intelligence agencies came, guided by data obtained from “diplomatic sources and spies working for the allies of the United States.”

In the Kremlin these assumptions were called absurd. “I urge you to remember the words of President [Vladimir] Putin that he said at the Valdai forum. He noted that it would be absurd to believe that any country in the world, including Russia, can have an impact on the election campaign in the USA,” said in November, Dmitry Peskov.