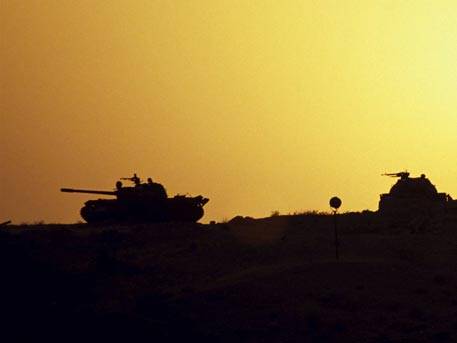 Some of the most dangerous hot spots that can occur in an armed conflict in the coming year, listed browser The National Interest Robert Farley.

In his opinion, there is still the risk of collision on the Korean Peninsula due to the DPRK increasing its nuclear capacity and also due to the political crisis in South Korea. The article notes that the intention of the new President to solve the problem of North Korean arms by the attack, or the intention of Pyongyang to strike a rapid blow to Americans can result in a large-scale military conflict.

Hot point – 2, according to Farley, is war-torn Syria, which allegedly does not exclude the conflict of Russia and the United States because of possible accidental air strikes, like the one that struck the American aircraft on military SAR under the Deir ez-Zor. This situation is complicated by countless armed groups and terrorists.

Another hot spot, the author considers the Pakistani-Indian border. According to Farley, the range of trump to play the role of a mediator in resolving the dispute over Kashmir would only exacerbate the situation. And if India and Pakistan will fight, the same thing might happen with the US and China.

NI sees the danger of an escalation of the confrontation between Moscow and Washington resulted in the current situation the Baltic States. According to the author, the actions of trump, which put into question the need to protect NATO members who do not fulfill financial obligations to the Alliance, can reduce the level of tension and conflict between Russia and the United States.

The author believes that between Russia and the us will again deploy a full-scale “war” in cyberspace. The scandal with the alleged Moscow’s intervention in the American presidential election shows the possibility of escalation of tensions.

As noted by Farley, foreign policy elected President of the USA while remains a riddle even for Washington. Perhaps trump’s advisers have an important role to play in developing such a course, which could overcome the threat of armed clashes.