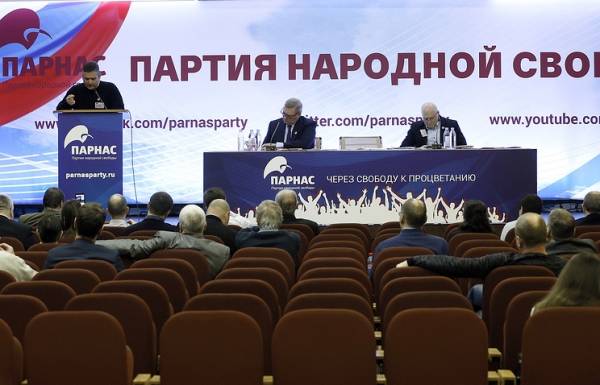 For his candidacy voted by 81 delegates from 110.

The Congress also elected seven Vice-presidents of the party, among which, in particular, former Professor of MGIMO Andrei Zubov (third number in the party list of the Parnas in the elections to the state Duma 2016), Vladimir Kara-Murza Jr., Konstantin Merzlikin mandated Boris Nemtsov in Yaroslavl regional Duma Vasily Tsependa.