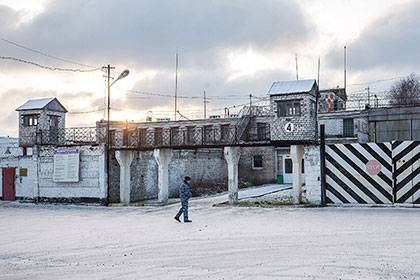 The colony, which contained Ildar Dading

Opposition activist Ildar Dading was transferred from penal colony No. 7 in Segezha to another correctional facility in order to ensure personal safety, reported the Federal service of management of execution of punishments (FSIN). Conclusion agencies published on the website of the Council on human rights under the President on development of civil society.

“Despite the fact that it [the Dading] word on the use of violence by the staff of IR, according to authorities on medical examination were not confirmed, around there was a conflict situation requiring a transfer Dading to another institution to continue serving the sentence”, — is spoken in the message of the HRC.

The region where currently located, the activist, is not called.

At the beginning of December it became known that the prisoner was transported in an unknown direction. December 15, wife Dading Anastasia Zotova said that within 12 days, the relatives and the lawyers can’t contact the opposition. According to her, on December 2, Dading was transferred to SIZO No. 2 in Vologda, which he supposedly left on the night of 5 December.

In November Dading complained of beatings in Segezha penal colony No. 7. The Council of physicians, which included human rights defenders recommended by Professor Vasily Generalov did not reveal injuries on examination, the Dading. After checking in the regional Department of the Investigative Committee of Russia said that the rights of the convict are not violated. However, the HRC said that the unlawful use of violence in IR No. 7 complain many prisoners.

Dading was the first who was prosecuted under article 212.1 of the criminal code, envisaging responsibility for a public event. In December 2015, he was sentenced to three years in a General regime colony.