PARIS, December 16 — RIA Novosti, Victoria Ivanova. German shepherd named Dobrynya, handed Russia a gift of France after the death of a service dog in a special operation near Paris, found unfit for service in the special forces, but it is a mascot, reports on Friday the radio station Europe1.

After a series of attacks in Paris in November last year, during a police RAID on the outskirts of the French capital Saint-Denis killed service shepherd Diesel.

In solidarity with the French police Russian officers-dog handlers gave colleagues a puppy named Dobrynya, who was supposed to take the place of the deceased dog in a police special unit RAID. 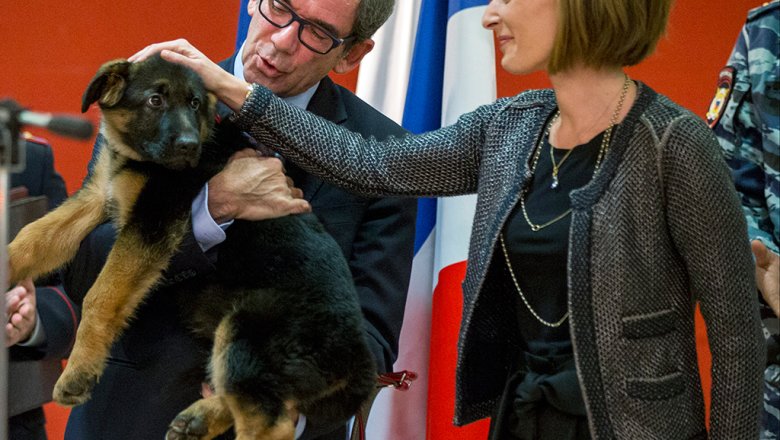 Delivered to France in January 2016, Dobrynya lived in the dog training center of the French police. After months of training, the experts found him unfit for duty.

“X-ray studies showed that he suffers from dysplasia — abnormalities of the hind feet, common in German shepherds and inherited. So it may not be an assault dog. It also cannot be used to detect the presence of drugs or explosives, as too large and massive for such a service, can’t penetrate everywhere — unlike the Belgian Malinois, which usually are a service” — the radio station.

Last summer, the Russian Post has issued two new stamps with images of German shepherd and collie, a prototype for one of them was a puppy lover.

It is also reported that, despite the fact that the dog will not be able to serve in special units, it will remain a kind of mascot.