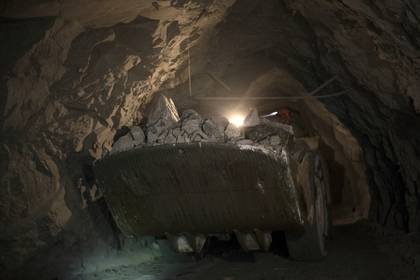 Miner killed in the Altai region. The announcement was published on Sunday, December 18, on the website of the regional Central Board of the Investigative Committee of Russia (TFR).

The incident occurred around midnight on 18 December in Zarechenskiy mine, owned by OAO “Siberia-Polymetal”: in one of the Stopes collapsed rock. In the depth there were 26 people. “As a result of the incident one of the workers was injured, incompatible with life, he died at the scene,” reads the publication.

In the regional emergency Department said that initially under the rubble remained two miners. One of them managed to escape on their own, the second found rescue, but his injuries were incompatible with life.

On this fact conducted preliminary examination, the place of the accident works operational group. The task of the investigators to establish the circumstances of the incident and “to give a legal assessment of the actions of the persons responsible for observance of safety rules at conducting mountain works”. Solves a question on excitation of criminal case.

August 7 at the mine “jubilee” in the Kuzbass collapsed rock, under the ground was 174 people. Two were killed, 172 rose to the surface. In fact the incident a criminal case was initiated under part 3 of article 216 of the criminal code “Violation of safety rules at conducting the mountain works, entailed on imprudence death of two persons”.

At the end of June in the ventilation drift mine “Karagaily” in the Kemerovo region there was a blockage, one worker was killed.

On February 25 at the Severnaya mine in Vorkuta, the release of methane caused the explosion, caving and fire that killed 36 miners of more than 100.