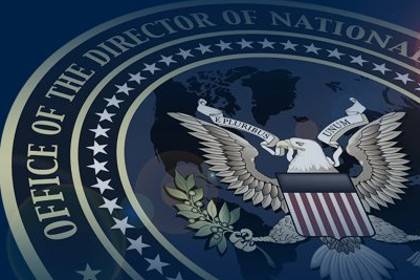 Continued: Obama has avoided direct accusations against Russia of hacking attacks on the US

The office of the Director of national intelligence promised in the coming weeks to formally submit to Congress the conclusions about how Russia is using hacking methods interfered in the election process of the President. This is stated in the message on the Agency’s website.

It is noted that recently the office of the Director has received a request from members of Congress, several of the electors and the public to receive additional information on this topic.

7 Oct intelligence Director James Clapper publicly expressed confidence that the Russian authorities are behind the theft of letters to American politicians and institutions, and that these actions, as well as the burglary, carried out under the name of the hacker Guccifer 2.0, were intended to interfere in the election process. In his opinion, in Russia only the highest officials could authorize such actions. “We remain committed to this claim,” — said in a press release.

“After verification is complete in the coming weeks, the intelligence community stands ready to inform Congress and to make these insights available, given the need to protect sources and methods of obtaining intelligence,” — said in the message.

In the United States has repeatedly accused Moscow of meddling in the election campaign to help the candidate in presidents from Republicans Donald Trump. Under the assumptions of the Democrats, in July, Russian hackers broke into the servers NCDP and the party Committee of the Congressional. Moscow these accusations were consistently denied. Expressed and suspicions that Russia allegedly tried to influence the voting by hacking computers.

In the midst of the election campaign on WikiLeaks published tens of thousands of emails from your email archive of the head of staff of the democratic candidate Hillary Clinton John Podestà. In disseminating these data, the Democrats also accused Russia.

On 10 December, the Washington Post reported that the CIA concluded that Russia in 2016 intervened in the election to help Trump to defeat Clinton. The office of the Director of intelligence officially explained two days later that it does not challenge the done analysis, but believes that there is no conclusive evidence.

15 Dec NBC, citing intelligence sources, reported personal intervention of Putin in the election campaign in the United States. Russia, these accusations were rejected.

November 8 United States elections for President, which trump won Clinton. He will take office on 20 January 2017.