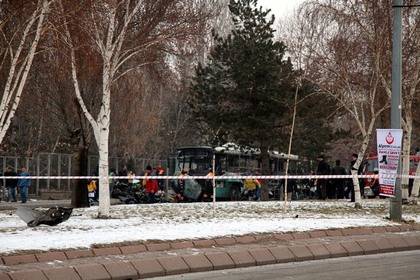 As a result of explosion the bus with the military in the Turkish city of Kayseri 13 people were killed, 48 were injured. Such data, as reported by RIA Novosti, gave the General staff of the country.

“At 08:45 in the terrorist attack aimed at the vehicle, which was traveling in the dismissal of soldiers and corporals, 13 of our comrades were killed and 48 were injured. The wounded were immediately taken to the hospital. Among the victims can be civilians”, — stated in the message.

On Saturday morning, December 17, near the bus with the military exploded a car.

The responsibility for the incident itself until no one picked up.

A week ago, on 10 December, a powerful bomb exploded in Istanbul, killing more than 40 people, more than 150 were injured.