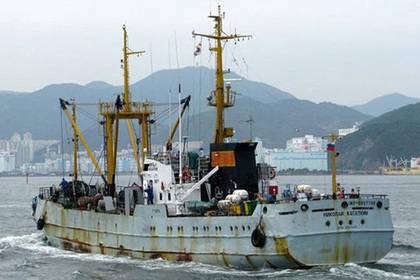 The striking Russian sailors from the Netherlands arrested a trawler “Nikolay Kasatkin” began to pay the salary arrears. This was told to journalists by the Chairman of the Kaliningrad branch of the Russian Union of fishers Vadim Mamontov, reports RIA Novosti.

The money comes from the owner — OOO “Parus” from Yuzhno-Sakhalinsk. “Went, as they say, to cooperate with the strikers. That is, instead of unconstructive threats as to any counter-claim began to pay salaries to the Bank accounts of the fishermen,” — said Mamontov.

According to the Union leader, informed the fishermen began to unload from the holds of ice cream crab in proportion to the amount of the debt. Their protest continued for a month.

“The Federal service for labour and employment of the Russian Federation found a number of deficiencies in employment contracts, that allows to require the owner to administrative responsibility. About wage arrears, the investigation continues,” — said Mamontov. He also added that the Union has already filed a claim to the payment of wages to seamen in the local court and his trial is scheduled for January.

2 Dec the investigating authorities in the far East started checking media reports about the strike of the crew of a fishing trawler who was arrested in the port of Amsterdam. The ship with cargo of a crab was in the capital of the Netherlands under inspection.

Inspectors revealed numerous violations. In particular, it has been established debt to the crew wage for four months and 90 thousand dollars. On Board the trawler were not followed safety requirements, and absent a valid medical certificates for crew members.