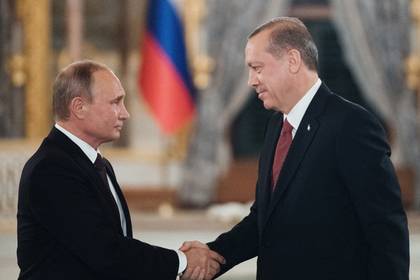 Russian President Vladimir Putin expressed condolences to his Turkish counterpart Recep Tayyip Erdogan in connection with the terrorist attack in Gaziantep that claimed the lives of 13 military of Turkey, and confirmed Moscow’s readiness to increase cooperation in the fight against terrorism. The text of the telegram on Saturday, 17 December, published on the Kremlin website.

“I am confident that the answer to such criminal attacks have become even more determined struggle against extremist groups. Russia for its part is ready to further increase cooperation with Turkey in the fight against terrorism”, — Putin said.

The President also asked to convey words of sympathy to the families and friends of the victims and wished the injured a speedy recovery.

On Saturday morning, December 17, near the bus with the military exploded a car. The Turkish General staff said that killed at least 13 people, another 48 were injured. The bus was carrying soldiers and corporals of the Turkish army. The head of the Republic was blamed for the explosion on the Kurdistan workers ‘ party (PKK).