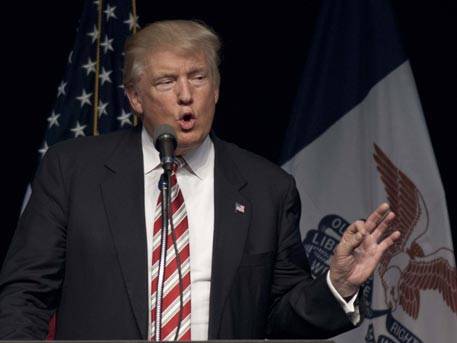 A number of Russian media believe the news that the US President-elect Donald trump allegedly suggested the Russian head Vladimir Putin to listen to regular reports from American intelligence. Original “duck” was the columnist and satirist for The New Yorker Andy Borowitz.

In his publication Borowitz joked that trump the reports “absolutely not interested”, and future Vice-President Mike Pence is not competent compared to the President of the Russian Federation.

“Putin for the job suitable. He is familiar with all the players (in the political arena – approx.ed),” the columnist attributed the quote to Trump.

The satirist did not stop, adding that the presence of Putin, “according to trump,” the first will save money for the budget, as the Russian President “agreed to work free of charge”, and secondly, to help cooperation between the countries.

Despite the obvious absurdity of the news, some of her still believed. Perhaps because earlier media wrote that trump said that he sees no reason to listen to the intelligence reports every day.

Andy Borowitz is one of the most successful and well-known columnists in the U.S., but the media regularly “bought” for his satirical publication. For example, some people seriously believe that Senator John McCain urged the US government to send troops to Switzerland, to destroy the headquarters of FIFA, and head of the White house Barack Obama supposedly call on Vladimir Putin during a press conference at the G20 summit.