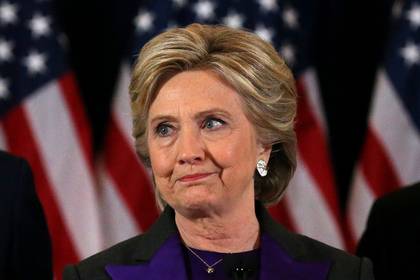 Former democratic candidate in the presidential elections Hillary Clinton said that the aim of the hacker attacks against its staff and the leadership of the party committed, in her opinion, Russia was “undermining” of American democracy. She added that the instruction to carry out the attacks “came from the President of Russia Vladimir Putin”, as he “has a personal beef” to it, writes The New York Times.

According to Clinton, Putin never forgave her made in 2011 to the charges, when she was Secretary of state that the parliamentary elections in Russia in the same year was rigged.

“This is not just an attack on me and my campaign,” she said. “This attack on our country. We are faced with a fact that goes far beyond the usual political problems. We are talking about the integrity of our democracy and the security of our people,” she said.

Clinton also endorsed the proposal by the group of senators to investigate the hacking and said that it should be the same as a Commission created after the attacks of 11 September 2001.

Clinton said that a hacker attack was one of two “unprecedented” events that led to its defeat. The second such event she called a letter to FBI Director James Comey, who said that during the investigation there were found letters to Clinton, have passed through its private servers.

Washington has repeatedly accused Moscow of meddling in the election campaign to help the candidate in presidents from Republicans Donald Trump. Under the assumptions of the Democrats, in July, Russian hackers broke into the servers NCDP and the party Committee of the Congressional. Moscow these accusations were consistently denied. Expressed and suspicions that Russia allegedly tried to influence the voting by hacking computers.

On 12 November, shortly after the election, which Clinton lost to Republican candidate Donald Trump, she is accused of Komi in his defeat. The FBI Director a few days before the vote raised the issue of her official correspondence as Secretary of state. This decision, in her opinion, was the turning point of the campaign.