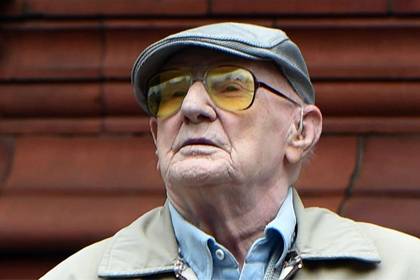 The Briton, born in 1915, convicted of sexual abuse of minors. On Friday, December 16, reports The Independent. Presumably, he was the oldest prisoner in the history of British justice.

The Royal court of Birmingham recognized the 101-year-old Ralph Clark guilty of an 21 act of sexual violence. According to the publication, he committed crimes in the 1970s and ‘ 80s years in his garage and the truck driver whom he worked. The youngest victim of the Clarke was four years old.

Many of the victims from the actions of a pedophile to date, over 45 years old. They went to the police last year when I saw on the page of an elderly man in Facebook congratulations with the centenary.

During the interrogation, defendant confirmed that some of the victims of the incidents actually took place. At the same time he denies that he tried to commit serious sexual offences.

The final verdict in the case of Clark the court will announce next week.

In early June, the 30-year-old Briton was sentenced to 22 life terms for pedophilia. Richard huckle, pleaded guilty to 71 the act of sexual abuse of children aged six months to 12 years. Their crimes huckle made in Malaysia, predominantly in the capital, Kuala Lumpur, for six years — from 2006 to 2012. A paedophile from Kent, making their living by photography, posing as a devout Christian, a philanthropist and patron.