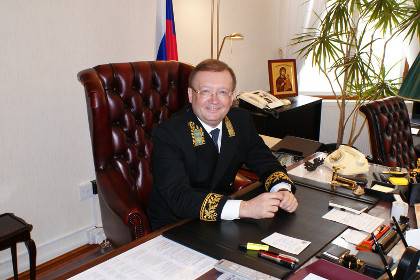 The Ambassador of Russia to UK Alexander Yakovenko met with the foreign Minister of the United Kingdom Boris Johnson where they talked about the situation in Aleppo, Syria. This was reported on the website of the Russian diplomatic mission.

The British Minister described the reaction of the official London at the ongoing successful humanitarian operation in Aleppo. “Within its thousands of fighters with their families out of the city, with the assistance of the Russian military and the International red cross to the territory controlled by illegal armed groups,” — said in a press release.

“The meaning of evacuation, on which we and the UN have insisted for a long time, to avoid unnecessary bloodshed, and most importantly, save the lives of the civilian population of Eastern Aleppo, make it humanitarian access,” reads the statement.

According to Russian diplomats, an operation covering around 40 news agencies and television channels, including Bi-bi-si.

The head of the Johnson summoned the ambassadors of Russia and Iran in order to Express my concern about the situation in Aleppo. “It is extremely important to protect civilians and deliver assistance,” he wrote on Twitter.

The day before UN Secretary-General ban Ki-moon expressed concern over unverified reports of atrocities against residents of Aleppo, in particular women and children.