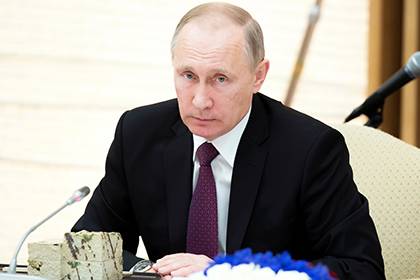 Russian President Vladimir Putin during his visit to Japan had to try the traditional local drink of sake. He told about it in Tokyo at a press conference after talks with Japanese Prime Minister Shinzo Abe, the correspondent “Tapes.ru”, Friday, December 16.

“I was able to touch only one “hot spring”, the local sake production, is called “Oriental beauty””, — Putin explained.

According to the President, the drink he liked. “Highly recommended!” — he said, adding that “we need to know the measure, as we say”.

The first part of Putin’s visit to Japan was held yesterday in the city of Nagato. It was assumed that in the evening the leaders will visit the hot springs, but owing to the lengthy program swimming had to be cancelled. However, they managed to exchange gifts. Putin gave the Japanese premiere of Tula samovar, and in response to received reproduction paintings, “the Arrival of AF,” depicting the arrival of Admiral Euphemia Putyatin in Shimoda in the mid-nineteenth century.

The second part of the Russian leader’s visit took place in Tokyo. At a press conference following the talks, he said that we should not suddenly expect the solution of the question of a peace Treaty between Russia and Japan. In addition, the President called for an end to the game in the “historic ping-pong” about the fate of the South Kuril Islands and go for a long-term settlement of the issue.