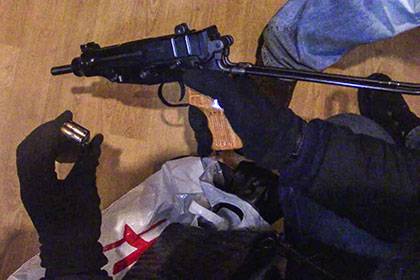 Screenshot of the video of the special operation of the FSB

The attempted terrorist attacks in Russia are associated with the successful actions of Moscow in the Syrian Arab Republic, said a member of the Federation Council Committee on international Affairs Sergei Tsekov. This point of view in an interview with “Tape.ru” he expressed on Thursday, December 15.

“[Preparing terrorist attacks] due to the fact that Russia is actively manifested itself in Syria, in the fight against terrorism. There are forces that wish to destabilize the situation in our country”, — said the Senator.

In his opinion, successful prevention of sabotage — merit of the Federal security service (FSB), which in recent years have learned to recognize terrorists and prevent terrorist attacks.

“Once order is restored in Syria and Iraq, and these symptoms greatly will decline,” — expressed confidence in the Senator.

On the same day, the FSB announced the detention of members of subversive and terrorist groups with a migrant background, were preparing a series of resonant crimes in Moscow during the new year holidays. Detainees acted according to instructions located in Turkey emissary of the banned international terrorist organization “Islamic state” (IG).

At the same time became aware of the fact that the security services defused an explosive device in the capital’s high-rise building in the street Nametkina.