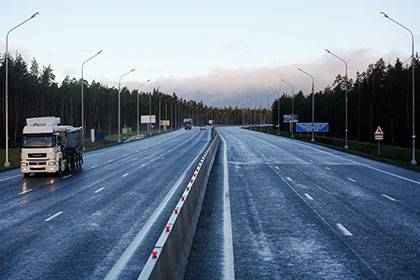 The state Duma in the first reading adopted a bill that allows regional authorities to make paid entrance to the city or district. About it reports on Friday, December 16, the Agency urban news “Moscow”.

According to the document, the authorities use the charging may temporarily restrict or prohibit traffic. To prevent this they will have for 30 days. In addition, the authorities will be able to organize paid Parking in the yards of homes.

According to the Deputy Chairman of the state Duma Peter Tolstoy, the draft law “regulates the rights and obligations of the subjects of the creation and modernization of transport infrastructure”. The Deputy noted that during the finalization of the document should be withdrawn a norm that allows municipalities to set their own fee for entry.

“We are opposed to the municipalities alone could make decisions about restricting movement or introduction of any congestion charge in city centres to Supplement their budgets. The temptation is great, you know that in many municipalities, the budget is now in deficit. However, we do not want to this led to this local small-town feudalism,” — said Tolstoy.

For the introduction of such provision voted 319 deputies, against — 100, one abstained.

The state Duma Committee on transport approved the bill in June. First Deputy Chairman of the Committee Mikhail Bryachak said then that the rule opens the way for the introduction of a congestion charge in the centre of Moscow.

The idea of introducing a congestion charge in the capital is being discussed in 2014. Then the head of the Department of transportation and development of transport infrastructure of the capital Maxim Liksutov said that the issue needs public discussion.