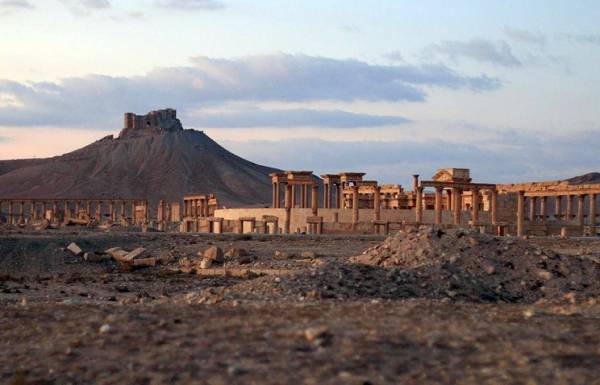 TOKYO, December 16. /TASS/. The fall of Palmyra – the result of uncoordinated actions of the international coalition and the Syrian army. This was stated by Russian President Vladimir Putin after talks with Prime Minister Shinzo Abe.

“Everything that is happening in Palmyra, it is the result of uncoordinated actions between the so-called international coalition, the Syrian authorities and Russia. I have said many times that in order to be effective in the fight against terrorists, we need to combine our efforts”, – said Putin.

However, the Russian President noted that “the question of the Palmyra – purely symbolic, and as for military-political value, in this sense, Aleppo is much more important topic.”

A new phase of negotiations

Answering questions of journalists, Putin spoke about his latest telephone conversation with President of Turkey Recep Tayyip Erdogan. Then, according to him, the leaders agreed to propose to the conflicting parties in Syria – government forces and the armed opposition – to hold a new round of negotiations on a new site in Astana.