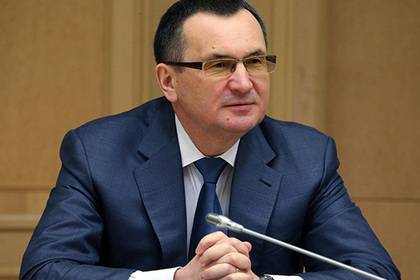 In Russia it is necessary to set the legal framework in almost all areas of environmental policy, however, the timing of the operation of new laws broken due to regulations. On Friday, December 16, said first Vice-speaker of the Federation Council, the head of the Council for agriculture and nature management Nikolay Fedorov reported on the website of the upper house of Parliament.

In 2017, the Year of ecology, a large-scale work — from reclamation of old landfills to the technical re-equipment of industrial and energy projects, said the Senator. According to him, some regions could move to the new system of waste management in the next year, however, the work “is hampered by delays in adoption of regulations at the Federal level”.

“You cannot punish conscientious governors who have invested huge money in the creation of regional schemes. Let these regions are starting to work,” Fedorov said, adding that due to the lack of regulations also can break the implementation of the law on the implementation of best available technologies in the field of ecology.

The introduction of a new system of solid waste management took control of the Committee of the upper house of the Parliament on environmental management, the report says.

Earlier on Friday the state Duma adopted a law extending for two years — until January 1, 2019 the deadline for the transition to the new order of solid waste disposal. The head of the Duma Committee on ecology and environmental protection Olga Timofeeva drew attention to the fact that the Cabinet of late adopted key laws, the Agency reports city news “Moscow”.

2 Dec on this issue drew the attention of the speaker of the Federation Council Valentina Matvienko. The situation with the waste it is called “ecological mine” waiting to happen.