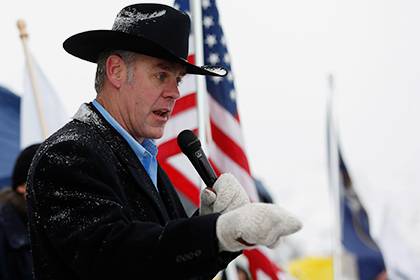 The US President-elect Donald trump has appointed Senator from Montana Ryan Zinke interior Minister in a future administration. This is stated on the website of the transition team policy.

“He’s one of the most decent track record lists in reducing unwanted legal uregulirovanii, forest management and public lands and the development of responsible energy,” said trump in a statement. He noted that as a former Navy seal Zinke knows what it takes to win, and is willing to achieve it at any cost. “America is the most beautiful country in the world, and it will help to keep it as such by competent management of Federal lands” — summed up the politician.

Zinke accepted the offer: “I will work tirelessly to keep our public lands managed and maintained for the benefit of society. It is also very important to our sovereign Indian Nations and their land had the respect and freedom you deserve”.

The Ministry of internal Affairs of the States responsible for the preservation of national wealth, natural resources, and also conducts programs designed for indigenous peoples of the country. Zinke’s candidacy should be approved by the Senate of the U.S. Congress.