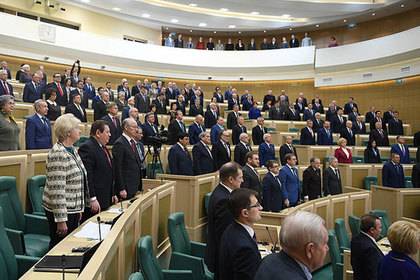 The Federation Council has collected funds for the construction of the monument to Prince Grigory Potemkin in Sevastopol. This was announced by the Chairman of the upper house of the Russian Parliament Valentina Matvienko, reports TASS on Wednesday, December 14.

According to her, the event was attended by 846 senators and staff of the Federation Council. “Had collected one million eight hundred thousand rubles. Thank you for your participation and the desire to decorate the Russian Crimea such a wonderful monument,” — said Matvienko at the plenary session.

The head of the Federation Council Committee on culture Zinaida dragunkina stressed that the statue of General field Marshal Potemkin, the Creator of the black sea fleet, the Ukrainian annexation of Crimea, the founder of the cities of Simferopol and Sevastopol should become a “memory of Russia”.

Collecting money for the monument, which is engaged in charity Fund “Crimea is ours!”, was declared to be in SF in October this year. With the initiative about its installation were made by the deputies of the state Duma of the sixth convocation. The proposal was supported by the Ministry of culture, government of Sevastopol held a public hearing, said the Agency.

The Crimean Peninsula was annexed to Russian Empire the Manifesto of the Empress Catherine II, released 28 June (9 July) of 1783.