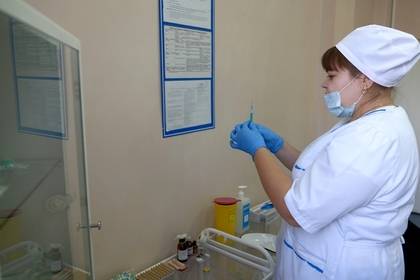 Epidemic threshold for influenza and SARS exceeded in 20 regions of Russia. About it as transfers “Interfax”, said on Thursday, December 15, the head of Rospotrebnadzor, chief sanitary doctor of Russia Anna Popova.

“See the absolute deterioration of the epidemiological situation and justifies the forecast. In the 49th week, which ended this Sunday, the excess epidporog in 20 subjects, plus, in 10 Central cities of regions”, — said the head of Department.

First, as noted by Popov, sick children of school age. Chief sanitary doctor urged the authorities of regions to take into account the current epidemiological situation during the new year holidays. “A lot of factors, not only levels exceeding the threshold, incidence, severity,” she said.

Popova also pointed out the increased incidence of community-acquired pneumonia, reports TASS. According to her, now was 14.9 thousand patients, which is 38.7% above last year’s level.

On 13 December it became known that the administration of Rospotrebnadzor in Moscow announced the beginning of a SARS epidemic in the capital.

23 Nov Anna Popova has declared the beginning of flu season in the country. “Just another two or three weeks, and we will see a different picture of morbidity”, she warned.

In October, the CPS recommended employers to measure the temperature of employees in order to avoid the spread of this disease.