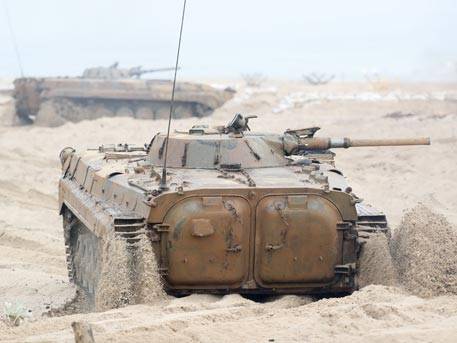 In the North Atlantic Alliance have started talking about the potential emergence of a new ethnic conflict in the Balkans. As reported by the Croatian newspaper Vecernji list, NATO expects that the region may escalate the situation because of the return of the radicals who went to Syria to fight on the side of the banned terrorist organization “Islamic state”.

The newspaper cited a secret document that was available to The New York Times that a military unit is ready if needed to intervene in the conflict in the Balkans.

In the text of the paper, which was accepted by the leadership of the Alliance, contains a description of the two types of threats that can destabilize the situation in the region. In addition to the radicalization of the return of foreign fighters from Syria and Iraq, underlined the behavior of Russia, which restores the Balkans political and economic cooperation.

NATO dissatisfied with Moscow’s investments in the energy sector of the region and contacts with local political elites with Russia.