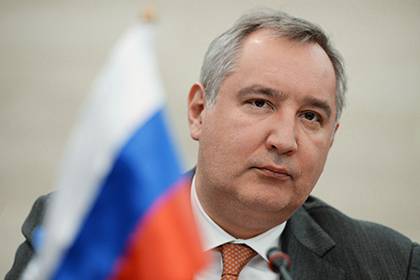 Russian Deputy Prime Minister Dmitry Rogozin in his Facebook made fun of “opening” in the Ukraine gas fields.

He quoted from the statement of the head of the State service of Geology and mineral resources of Nicholas boyarkina about this: “the fact that Ukraine has started the search for oil and gas, indicates a Titanic shift in the exploration of the country.”

“A”shift,” you do “Titanic”,” — commented on Rogozin and put the three “smiley”. He also gave a link to the text with a comment to RIA Novosti, which said that this field was known 30 years ago.

On Tuesday, December 13, it was reported that the Ukrainian research vessel “Iskatel” explored reserves of 35 billion cubic meters of gas in the North-Western shelf of the Black sea in Odessa region. Only studied two of the eight subsoil plots with an area of seven thousand square kilometers.

According to boyarkina, it remains to examine six areas, “which stocks are also very significant.” He stressed that Ukraine has enough resources to satisfy the own needs of gas and can extract it yourself.

Oil and gas deposits near the island snake was discovered in the 1980-ies. These resources are one of the reasons for litigation between independent Ukraine and Romania about the new division of the continental shelf in 2004. In 2009 the international court in the Hague recognized the claims of Kiev, in the result, Ukraine received only 12 miles around the island and a significant portion of deposits departed Romania.