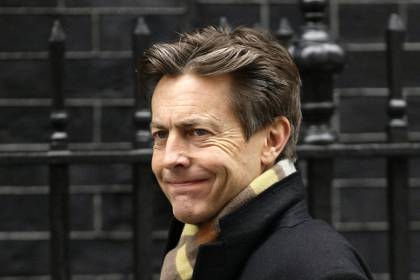 Russia “highly likely” that intervened in the referendum on the UK exit from the EU, said the Deputy of the house of Commons from the labour party’s Ben Bradshaw. This writes the newspaper The Indenendent.

In his opinion, the possible intervention of Moscow in the process of the people’s will could be carried out in the same pattern as in other countries. He refers to suspicion of the CIA about the fact that the Russian hackers could affect the outcome of the presidential election in the United States.

“It is their interference, is proved, not only in the American presidential campaign, but probably in our referendum last year. We have no evidence of this. But I think that’s very likely,” he said.

Bradshaw said the unpreparedness of Britain to attacks of this kind. “I don’t think, when it comes to cyber war, that we even began to Wake up in connection with actions of Russia”, — he stressed.

In addition, in his opinion, Moscow is counting on the fact that the huge flow of migrants to Europe destabilizie the EU. “When we understand that Russia’s strategy consists in weakening and separation of the free world and that the biggest flow of refugees since the Second world war is a deliberate part of that plan,” — said the Deputy.

Also, according to him, the French national front, led by marine Le Pen, has asked Russia for a loan of 23 million pounds sterling to help in the presidential and parliamentary elections of 2017.

A spokesman for Downing street said that any evidence of Russian interference in the referendum is not detected.

Previously, the Washington Post reported that the CIA concluded that Russia in 2016 interfered in the elections of the President of the United States to help the Republican Donald Trump to defeat Democrat Hillary Clinton. “According to the intelligence community that Russia’s goal were specifically to act in favor of one of candidates to help elect Trump,” said a senior us official.

However, on 12 December, the Office of the Director of National intelligence (ODNI), the United States did not support the conclusions of the CIA that working for Russia hackers contributed to the victory of trump. The management did not contest the done analysis, but believes that there is no conclusive evidence.

A referendum on leaving the United Kingdom from the EU took place on 23 June. For Brexit voted more than half of Britons who took part in the plebiscite. The Prime Minister David Cameron has resigned, and his place was taken by Theresa may.