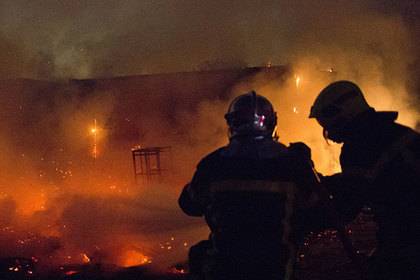 Continued: for villagers killed the arsonist opened a criminal case

Resident of the village of Olsha at Smolensk, burned their home, killed with a Kalashnikov rifle and two neighbors fired arrived to extinguish the fire, emergency workers. This was reported by TASS in regional management of Investigatory Committee of Russia.

Three firefighters were injured. The shooter was detained by police. In the burnt house, by hypothesis, investigators may be more victims.

The incident occurred on Wednesday, December 14, at about 18:00 Moscow time, reports the local TV channel Glavny.tv.

On 5 July it was reported about the inhabitant of Pyatigorsk, zastrelyus their two neighbours. 74-year-old man opened fire on arriving at the scene the police and they were killed.