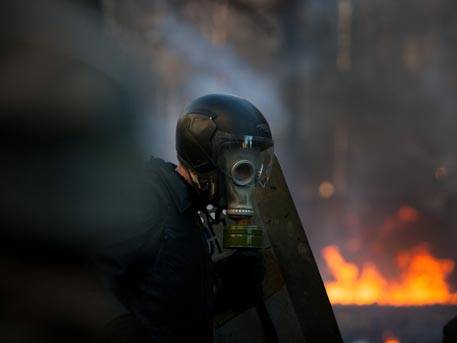 Ukrainian state authorities and radical organizations have begun active actions on the implementation of terrorist plans in the Crimea, said the Director of the FSB Alexander Bortnikov at session of National antiterrorist Committee 13 decuba. About it writes RIA Novosti.

“Into action for the preparation and implementation of terrorist plans in the Crimea have moved to Ukrainian state authorities and radical organizations” – said Bortnikov.

According to him, in 2016, and the FSB was neutralized by two Ukrainian diversionary group, which planned attacks on vital facilities of the Peninsula.

Earlier, the FSB reported on the prevention in the Crimea, prepared by the Directorate of the defence intelligence of Ukraine of terrorist attacks against infrastructure and livelihoods in the region. Goal attempts of sabotage was to destabilize the socio-political situation in the region during the preparation and conduct of elections.

In November, the court arrested two persons involved in the case of preparing on the instructions of the Ministry of defense of Ukraine of diversions on objects of infrastructure of the Crimea. The press service of the FSB reported that diversionno-terrorist group of the defense Ministry was preparing attacks on military objects in the Crimea, in Sevastopol detained. One of those arrested confessed to their training.