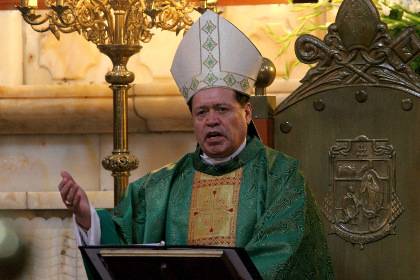 The Archbishop of Mexico city Norberto Rivera asked the virgin Mary of Guadalupe, who is revered as the heavenly patroness of Mexico, to soften the attitude of the elected President of the USA of Donald trump to the Mexican immigrants, reports Radio Formula.

The cardinal asked the virgin Mary to “touch the hardened heart” of trump, so he can see the Mexican brothers and had to forgive him. According to Rivera, Mexicans tend to the USA in search of work and a better life, but now they are faced with “uncertain prospects”.

Previously the foreign Ministry of Mexico has promised to help the country’s citizens who emigrated to the US and risking to encounter problems after winning trump.

A Republican needs to take office on January 20. Prior to that, he has repeatedly stated that it plans to deport roughly 11 million people living illegally in the United States, and promised to build a wall on the border with Mexico, which will pay for its construction. In addition, trump threatened to terminate the agreement on free trade zone with Mexico and Canada (NAFTA).

After winning the trump Mexican peso fell to a record.