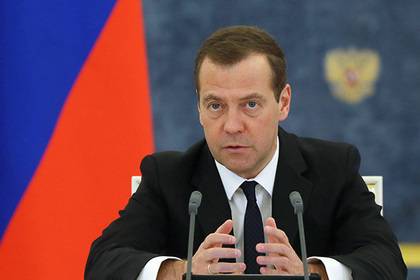 Russia has achieved formulated by the UN in 2000, “Millennium development goals” for reducing maternal and child mortality. This was stated by Prime Minister Dmitry Medvedev on Monday, December 12, reports TASS.

“Over the past 25 years, since 1990, the maternal mortality rate in our country fell by more than three quarters, now it is just over 10 cases per 100 thousand born children,” he said at a meeting on the protection of motherhood and childhood.

The deaths of children under five years during this same time period declined by two-thirds. “The infant mortality rate last year was 6.5 cases per thousand live births,” — said Medvedev. This year, according to him, this figure will reach to 5.9.

The Prime Minister pointed to the success of the program of construction of perinatal centers. “This is the most expensive project of today (25 billion rubles from regional budgets and 45 billion rubles from the Federal — approx. “Of the tape.ru”), which are implemented in the health sector, its success depends on the demographic situation, and the future of our children,” he explained. Since 2008 in the country there are 25 such institutions.