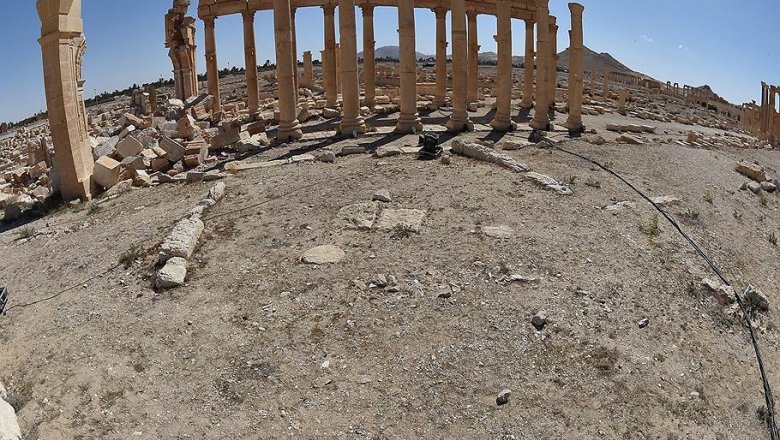 “Despite continued airstrikes (the Syrian army.— “B”), ISIS retook the entire Palmyra after the Syrian army left the South of the city”, — said the head of the Observatory Rami Abdel Rahman. Information about the capture of the city also confirms militants associated with ISIS Agency Amaq.

The Russian defense Ministry confirmed that the terrorists are once again trying to capture Palmyra.

“4 thousand militants regroup and then made another attempt the capture of Palmyra. Despite heavy losses in manpower and technology, terrorists strive to get closer and to gain a foothold inside the city, as the aircraft of Russian air force on residential areas of the city of Palmyra bumps does not cause” — said the Russian office.

the Militants resumed their offensive in Palmyra

According to the defense Ministry, the Pentagon has deployed significant forces to Palmyra from the area of Raqqa, where earlier this week controlled by the United States and the international coalition, the group has suspended active operations against militants.

“Also, large reserves and armored vehicles of ISIS were transferred to Palmyra from the area of Deir ez-Zor. Currently, the Syrian troops are engaged in defensive fighting in the city of Palmyra,” — said the Russian defense Ministry.

That the militants again entered the territory of Palmyra, became known yesterday. Yesterday, however, after the attacks of the Syrian air force and the Russian space forces, the terrorists temporarily retreat. The Ministry of defence was told that last night the Syrian government forces with air support videoconferencing managed to repel attack of terrorists on Palmyra.

Recall that in late March the army of Bashar al-Assad has established full control over Palmyra, which the militants seized in may 2015. As noted Damascus, Palmyra liberation would not be successful without Russian support.