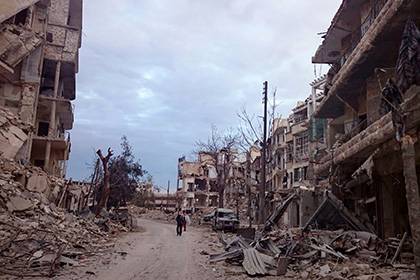 The Syrian opposition will continue to insist on the resignation of President Bashar al-Assad, despite the fall of Aleppo. About it reports Reuters.

“If Assad and his allies think that the military successes in several districts of Aleppo, will force us to make concessions, it is vain, — has declared the representative of the Syrian opposition at the Geneva talks, Riyad Farid Hijab after meeting with French President Francois Hollande. — This will not happen. We’re not going to make any concessions”.

Hijab also accused the Syrian military that they “fled from Palmyra, like rats”, and added that the opposition needs a real political process which will help Syria “from a dictatorship to become a democratic state.”

To date, Syrian troops took control of more than 95 percent of the territory of the city of Aleppo. 2215 surrendered militants, 2137 of them pardoned. At the moment, under the control of terrorists in Aleppo is about 10 square kilometers.

The Syrian army is now fighting West of Palmyra. The day before that Talal al-Barazi, Governor of HOMS province, confirmed that government troops had left Palmyra, losing the position of IG. He assured that soon the city will be captured from the terrorists.

In March, Syria’s armed forces, with the support of Navalny was freed Mira from is militants. During the period of occupation many cultural sites of the city, included in the register of UNESCO world heritage, was severely damaged. In particular, the terrorists completely looted the national Museum.