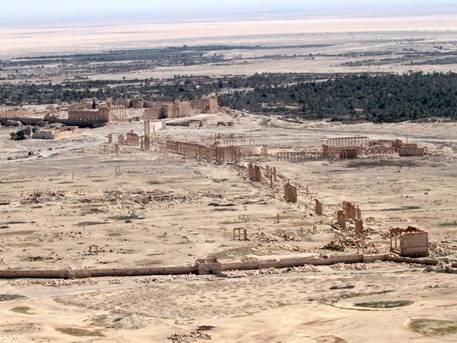 The Syrian authorities intend to beat Palmyra from militants of the outlawed terrorist organization ISIS in the near future, this statement was voiced by the Governor of the province of HOMS Talal Barazi, as reported by Al Mayadeen.

In addition, the Governor noted that the short-term success of ISIS at Palmyra will not affect the progress of the campaign and will not be able to prevent the actions of the Syrian army. The fact of the success of the militants Barazi explained that they received major support from under Deir-ez-Zor and Raqqa.

Earlier it became known that the SAR government troops managed to evacuate from Palmyra, over 80% civilians, but the fate of the others is a concern. It was also reported that Syrian troops and militia retreated from the center of Palmyra, this decision was accepted by the Syrian command under the onslaught of the enemy.