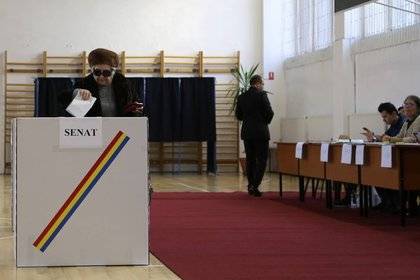 The left Social democratic party (PSD) wins the parliamentary elections, held on Sunday, December 11, in Romania. About it reports Reuters with reference to data of exit polls.

A survey conducted by the Romanian Institute for assessment and strategy (IRES) showed that the PSD is gaining 45.8 per cent of votes, its main rival, the center-right National liberal party (PNL), -20,8%.

According to the exit poll of the Center for urban and regional sociology (CURS) and the sociological service of the Avangarde, the social Democrats won 45.5 percent, while the national liberals of 21.7 per cent.

In third place, according to IRES, “Union for the salvation of Romania” with 9.2 percent of the vote. The democratic Union of Hungarians of Romania (DSVR) gaining 6.7 percent, 6.3 percent gets the Alliance of liberals and Democrats, the Party of the people’s movement for 4.7 percent of the vote, the party “United Romania” by 2.5 percent, reports TASS.

The first official election results, expected to be published on Monday morning, December 12.

In the parliamentary elections in Romania was attended by 11 parties, coalitions and movements. The highest legislative body of the country consists of two chambers — the Senate and chamber of deputies. The total number of parliamentarians — 466.

The social Democrats headed by Prime Minister Victor Ponta was in power until November 2015. His government was forced to resign after a fire at a Bucharest night club Colectiv, which claimed the lives of 64 people. The Cabinet Ponte was replaced by a non-partisan government of technocrats led by former European Commissioner for agriculture Dacian Ciolos.