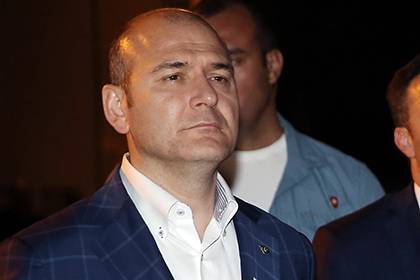 Ankara announced the arrest of 235 people for the campaign in favor of “workers’ party of Kurdistan” (PKK, banned in Turkey as a terrorist organization), reports Reuters.

According to the Minister of internal Affairs Suleyman Soylu, all the detainees have been accused of conducting terrorist propaganda and links with the PKK. It is noted that the arrests were made in 11 provinces.

The reason for the mass arrests was the explosion that occurred on the evening of 10 December in Besiktas district in Istanbul, near the stadium Vodafone Arena, after the match between the teams “Besiktas” and “Bursaspor”. The aim of the terrorists was the bus with the police. According to the latest reports, 44 people were killed, 155 wounded. Responsibility for the attack claimed by the group “Falcons of freedom of Kurdistan” (SSK).

Previously SSK was a division of the PKK, however, then considered policy of the party is too conciliatory. In February, the “Falcons of freedom of Kurdistan” has claimed responsibility for the attack, which occurred near the buildings of the General staff and Parliament in Ankara. He killed 28 people, injured 61.