TOKYO, December 10. /Offset. TASS Cyril Agafonov. Prime Minister Shinzo Abe will try step by step to advance the solution of the territorial issue and the problem of concluding a peace Treaty with Russia. With this statement he made on Saturday during a meeting with journalists in the Japanese Prefecture of Fukushima. 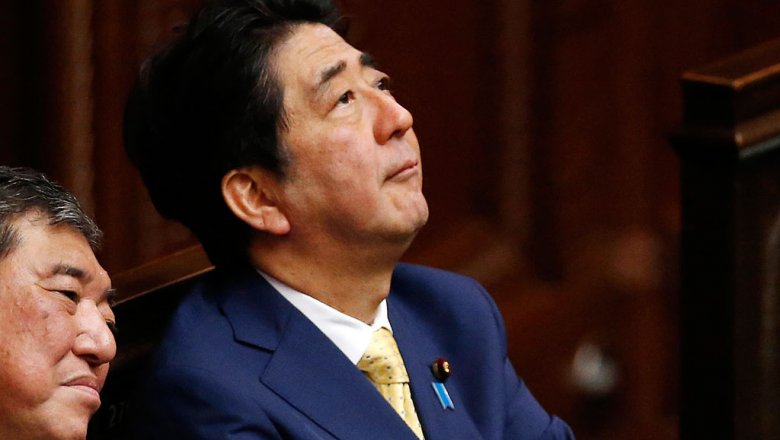 “This is a difficult problem which was not solved for over 70 years. I intend to exert every effort to consistently promote (her decision) forward step by step” — led the Agency Kyodo.

Japan decided not to give Putin another dog breed Akita inu

Touched the topic of Russian-Japanese relations and Secretary-General of the Cabinet of Ministers of Japan Acehide Suga. During a speech in Tokyo, referring to the upcoming visit of Russian President Vladimir Putin to Japan, he expressed the hope that “the two leaders will hold a Frank exchange of views”, and also reiterated the position of the Japanese government that the peace Treaty should be concluded after “solution to the question of identity,” the southern Kuril Islands.

After the Second world war, all the Kurile Islands were incorporated into the Soviet Union, but the ownership of Islands of Etorofu, Kunashiri, Shikotan and group of Islands Habomai is disputed by Japan. In 1956, signed a joint Declaration ending the state of war between the USSR and Japan, but the peace Treaty still not signed. The Declaration, ratified by the parliaments of both countries failed to secure the border because of the contradictions over the ownership of the southern Kuril Islands. At the same time, the document includes a clause stating that the USSR was a sign of good faith after the signing of the peace agreement to transfer Shikotan and Habomai.

The Russian foreign Minister Sergei Lavrov on 3 December stressed that the implementation of the Declaration between the USSR and Japan under the peace Treaty must begin with the signing of such a Treaty, and the details should be agreed in accordance with the changing conditions.

Currently the parties are preparing for Putin’s visit to Japan, scheduled for 15-16 December. Earlier, the press Secretary of the President Dmitry Peskov told TASS that Moscow expects greater economic contacts with Tokyo, and the issue of concluding a peace Treaty “is in progress” at the expert level.