The difficulties of language. Judges will check the resolution, rebelled Putin

The qualification Collegium of judges intends to check the resolution of the Lipetsk court, which angered the President. While lawyers do not see in the actions of the magistrate of violations of law. 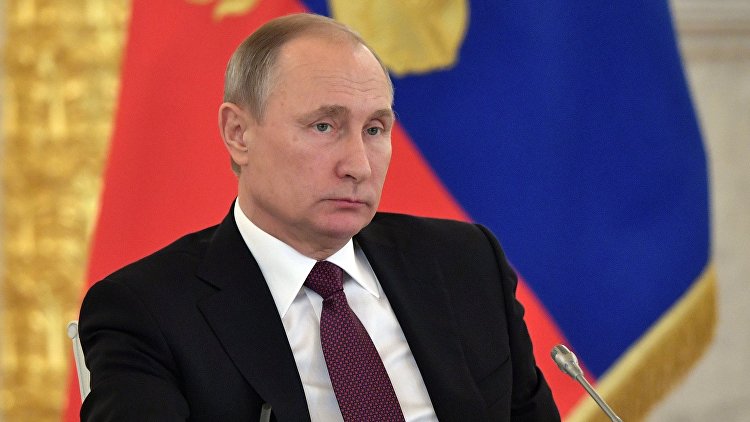 MOSCOW, 9 Dec — RIA Novosti. The qualification Collegium of judges intends to check the resolution of the Lipetsk court, which angered President Vladimir Putin. While lawyers do not see in the actions of the magistrate of violations of law.

The scandal erupted after a meeting of the Council for civil society development and human rights. On it Vladimir Putin criticized the judicial system, questioning the competence of judges.

As an example, he cited a document of the world court of the Lipetsk region.

“The judgment written: this, the name, and then — “committed (crime — ed.) by writing statements in the Lipetsk regional Prosecutor’s office,” read by the President.

According to Putin, from things like “just remaining hair stand on end”.

Later it became known that the world court considered the conflict between neighbors in the Lipetsk region. One of the participants in the quarrel businessman Vasily Uryvaev wrote to the Prosecutor in which he asked the Supervisory authority “to appease the English pig.”

Chairman of the qualification Board of judges of the Lipetsk region Nikolay Zaharov has told, that in fact the action of the magistrate conducted the test.

According to him, the Board intends to interview all of the participants in the process, after which a final decision is made.

The lawyer of the violation of the law does not see

Lawyer Dmitry Agranovsky told RIA Novosti that the judge did not violate the law. According to him, the phrase “to appease the English pig” falls under the concept of abuse.

“If the document, statement or letter contains an insult, it is an administrative offense, no matter where you send it — to the Prosecutor, to the authorities or to his neighbor,” — said the lawyer, adding that the court in making decisions “always indicates the way in which violation of law was committed”.

“We have all the same expressions to choose, especially when writing official papers,” said the lawyer, explaining that in his practice faced with insults in the documents.