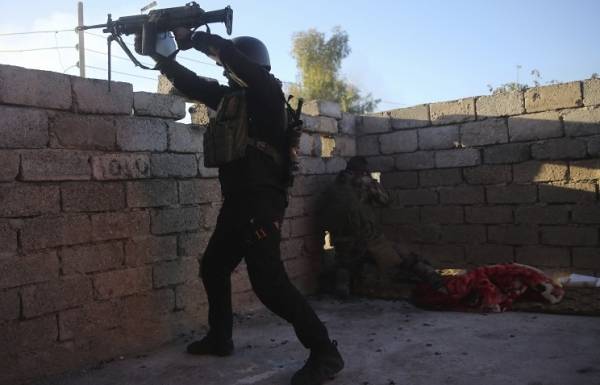 MOSCOW, December 11. /TASS/. More than 4 thousand militants of the terrorist organization ISIS (banned in Russia – approx. TASS) after regrouping made another attempt the capture of Palmyra, trying to gain a foothold inside the city and avoid the strikes of the Russian space forces. This is stated in the message of the Russian Center for reconciliation of the warring parties in Syria.

“More than 4 thousand of ISIS militants regroup and then made another attempt the capture of Palmyra. Despite heavy losses in manpower and technology, terrorists strive to get closer and to gain a foothold inside the city, as the aircraft of Russian air force on residential areas of the city of Palmyra the blows are not applied”, – spoken in the message.

According to the military, the IG has deployed significant forces to Palmyra from the area of Raqqa. The group, controlled by the United States and the international coalition, stopped there this week to actively fighting against the terrorists. Also large reserves and armored vehicles of ISIS were transferred to Palmyra from the area of Deir ez-Zor.

“Earlier reconnaissance had revealed the transfer of up to 5 thousand fighters of ISIS in the area of Raqqa and Deir ez-Zor from Iraq’s Mosul. Currently, the Syrian troops are engaged in defensive fighting in the city of Palmyra”, – informs the Center.

The press service of the defense Ministry earlier reported that the Syrian army with the active support of the Russian space forces repelled attempts by militants to break through to the city, destroying more than 300 militants.