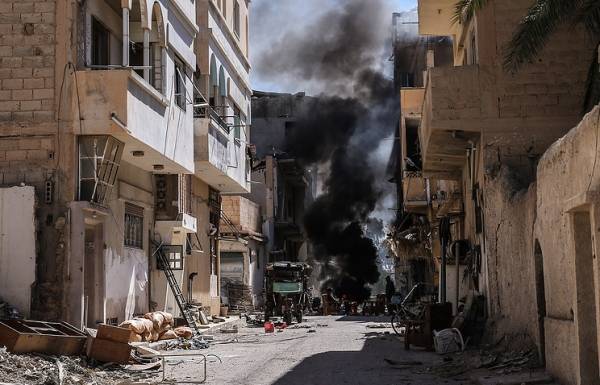 MOSCOW, December 11. /TASS/. The Syrian army, with the active support of the Russian space forces for the night reflected the attempts of militants of the terrorist organization ISIS (banned in Russia – approx. TASS) to break through to the city of Palmyra, destroyed more than 300 militants. This reports the press service of the defense Ministry of the Russian Federation.