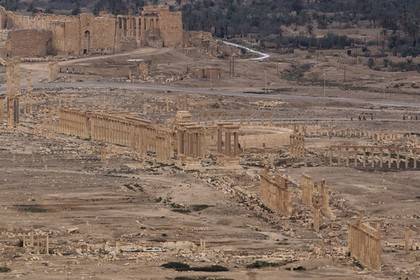 The Syrian government army left Palmyra, yielding the positions of militants “Islamic state” (IG; a group banned in Russia). As reported on Sunday, 11 December, Reuters, the statement was made by the provincial Governor of HOMS Talal Barazi (Talal Barazi), the TV channel “al-Ihbariya”.

According to him, government forces fighting the terrorists on the outskirts of the city to regain control over it. “This decision was made by the Syrian command in the face of overwhelming forces of the enemy,” Barazi was quoted by TASS.

As reported “Interfax” in the center of the reconciliation of the warring parties in Syria, the number of militants involved in the attack on Palmyra, is about four thousand. “Despite heavy losses in manpower and technology, terrorists strive to get closer and to gain a foothold inside the city, as the aircraft of Russian air force on residential areas Palmyra bumps does not cause”, — noted there.

Earlier, on 11 December it became known that terrorists have established full control over the Syrian city of Tadmor, on the outskirts of which are the ruins of Palmyra. In the morning of the same day, the Russian defense Ministry claimed the destruction of over 300 militants who tried to break through to the ancient city.

In March of 2016 to contribute to the support of Navalny was freed Mira from is militants. During the period of occupation serious damage was caused to many cultural sites of the city, included in the register of world heritage of UNESCO. In particular, they have completely plundered the national Museum. Russian experts participated in the demining of the city.