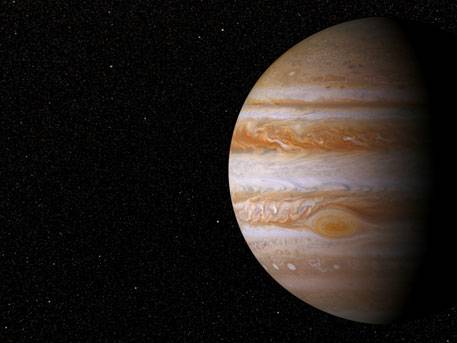 The planet Jupiter appeared suddenly a bit later, about five million years after the birth of the Sun. To such conclusion the American scientists analyzing meteorites that have arisen in the first days of life in the Solar system, reported in an article published in the journal Science Advances.

According to scientists from brown University (SASA), the Solar system began forming about 4.6 billion years ago as a result of gravitational collapse of a giant interstellar molecular clouds. Most of the substance went into the formation of the Sun, first planets, and ancient asteroids. First the gravitational field of the giant planets affect the appearance of the first rocky planets, pulling meteorites and fragments of ancient asteroids.

This process lasted very long – about 500 thousand years. Accordingly, we can say that Jupiter was born roughly five million years after the first of the asteroids started to form in the Solar system after the birth of the Sun.