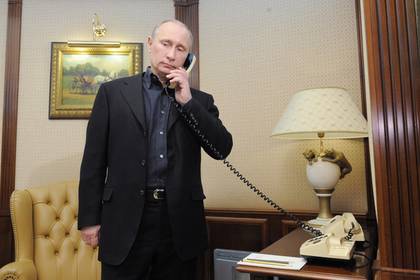 The Russian leader “has strongly condemned this cowardly, cynical crime and expressed confidence that its perpetrators and masterminds will not escape retribution”. Putin also stressed that the incident was proof of the need to focus the joint efforts on “an uncompromising struggle against international terrorism.”

The attack was committed on the evening of 10 December near the stadium Vodafone Arena in Istanbul, immediately after the end of the match between the football teams “Besiktas” and “Bursaspor”. The object of the attack was the bus with the police. First was undermined planted in a car bomb later blew himself up suicide bomber. According to recent reports, the victims were 38 people, injured 155. These figures are provided Reuters with reference to the Turkish Ministers of the interior and health.

According to Deputy Prime Minister Numan Kurtulmus (Numan Kurtulmus), the attack can stand militants of the outlawed Turkey Kurdistan workers ‘ party (PKK). “After the completion of the investigation will be made official statement. At the moment we cannot say anything definite,” said he.

The President, commenting on the incident, said that the attack was directed against the security forces and civilians. He also expressed confidence that the aim of the terrorists was to inflict maximum damage.