Mathematicians have calculated the consequences of cesarean delivery for human evolution

An international team of scientists presented a mathematical model that describes the emergence of one of the main problems of bipedalism — difficult birth due to a mismatch of size newborn and width of the pelvis of the mother. 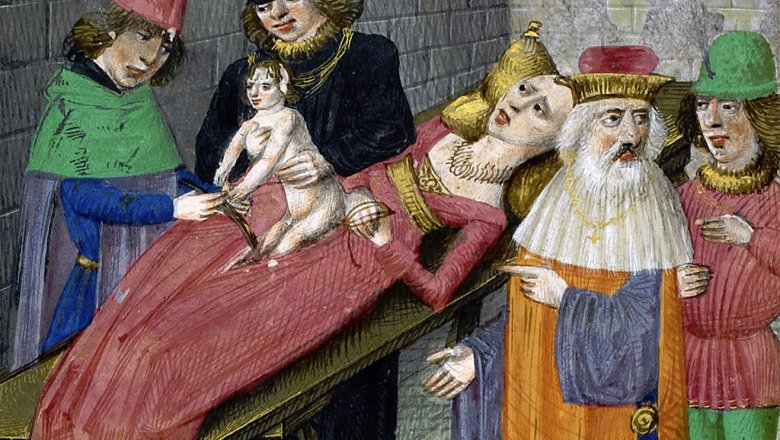 The model predicts an increase of the head and reduction of the pelvis, with frequent use of cesarean section. A study published in the journal Proceedings of the National Academy of Sciences of the United States of America.

Despite the fact that human ancestors became upright about five million years ago, long before I began to increase the volume of the brain (this happened about two million years ago), the frequency associated with tzogopoulos the disparity of complications is still very high.

The problem of imbalances — the so-called obstetric dilemma is that the birth of a child with a developed brain and, consequently, a large head, a broad pelvis.

As for bipedal locomotion and the prevention of premature birth, the pelvis needs to be the opposite, narrow. It turns out that the selection pressures acting on the population in two opposite directions, keeping the wide variability of head size of newborns and pelvis of pregnant women.

At the individual level, this variability is primarily determined by the genes of the mother and baby, which are usually correlated in terms of the size of the head width of the basin (large women are born big babies and Vice versa).

However, the father’s genes also affect the size of baby head, but it does not undergo obstetric selection and therefore contribute to the diversity of phenotypes.

In addition, a strong influence on the fit factors of the environment — for example in women who switched to a high protein diet in adulthood, more likely to be born larger children.

In their collaborative work of Austrian and U.S. scientists have linked these factors in individual fitness and population variability to explain the unusually high percentage of births complicated by tzogopoulos imbalance. They proposed a simple and elegant mathematical model, which explains the unusual scenario of evolutionary selection, which has led to a mismatch of the newborn and the width of the birth canal.

The researchers built an asymmetric distribution function of individual adaptation to childbirth on the basis of the idealized variable D, which represents the difference between the head sizes of newborn and maternal pelvic width of the channel. Negative values of D births without complications, when the baby’s head is less than the width of the channel. The fitness function reaches a maximum when D is equal to zero when the width of the birth canal is the size of a newborn and the size of his brain enough to birth. Then, the adaptation ends abruptly with positive values of D, meaning heavy labor.

The simulation results show that a large number of complications in humans is almost inevitable.

First, it is due to the fact that both the characteristic width of the pelvic canal and the newborn size is not fixed, but have normal distribution, and hence the extreme values of D will always go for the “edge of the cliff”, in the area of heavy labor. Second, the variability of the variable D cannot be reduced by stabilizing selection — it depends on too many genetic variables. When such breeding is the level of complicated deliveries will always be great.

Thirdly, scientists also predict an increase in the level of birth complications with a weak directional selection. For example, a cesarean section, which has drastically reduced maternal mortality for complications, according to a new model alters the gradient of selection by increasing the number of infants with a large head.

According to the researchers, calculations show that this is an artificial change in just two generations should increase the disparity of the size of the child and the width of the pelvis by 10-20 percent.

However, this prediction is not yet confirmed by empirical data.

A person is not completely under the power of artificial selection, evolution works too, as shown by the recent large-scale study of the genomes in the UK.