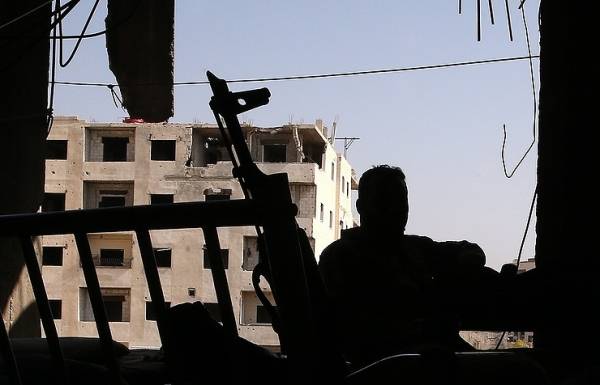 MOSCOW, December 10. /TASS/. Illegal armed groups shelled 37 times a day the position of the Syrian government troops and settlements in the country. This is stated in the Bulletin of the Russian Centre for reconciliation in Syria, which is also posted on the website of the defense Ministry.

“During the day recorded 37 attacks by armed groups in the provinces of Aleppo (18), Damascus (12), Lattakia (3), HOMS (3), and Dara’a (1). In the province of Damascus claiming the formation of the opposition group “Jaish al-Islam” fired from mortars and small arms settlements Drawbar, Kabun Haraszti and Hawsh Paddle, – stated in the Bulletin. – In the province of Latakia the armed formation of the group “Ahrar al-sham” fired from small arms at villages of rush and Chashama, as well as the positions of government troops in the height with the mark 962″.