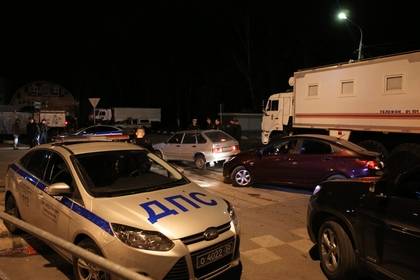 The police caught the inhabitant of Tula suspected of intentional damage to mobile complexes of video fixing of infringements of traffic regulations. On Saturday, December 10, Interfax reported the head of the press service of the regional Ministry of internal Affairs Andrei Yartsev.

According to him, the offender, moving on a Nissan Juke before it damaged two video cameras on the route Tula — Shchekino. A man came out of the car about complexes, smashes the camera with his foot, and then disappeared from the scene. The damage caused by his actions exceeded a million rubles, says Yartsev.

The representative of the Ministry of internal Affairs also said that the detainee only in 2016, at least 20 times was prosecuted for violation of traffic rules.

Concerning the man criminal case under article providing punishment for intentional destruction or damage of property from hooligan promptings. The question of his detention.