US coalition attacked a hospital in Iraq’s Mosul

Coalition led by the USA attacked a hospital in Mosul. This is stated in the statement of the press service of the Central command of the Armed forces of the United States. 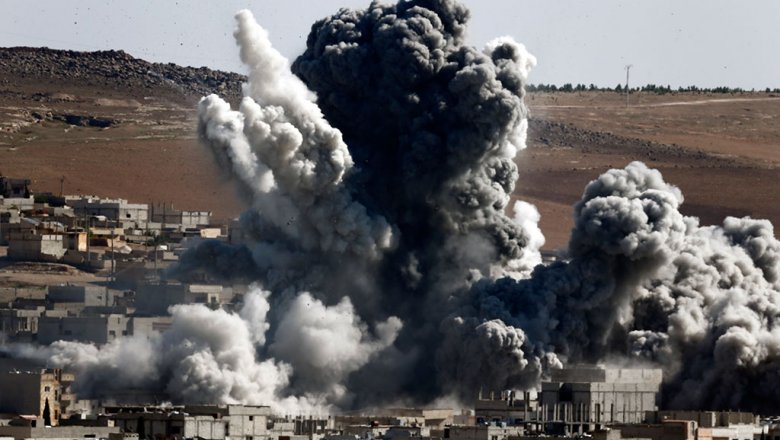 From this it follows that the blow was struck at the request of the Iraqi military.

The statement says that on December 6, Iraqi forces attempted to free from militants of the Islamic state (the terrorist organization recognized by Russia banned) hospital complex of al-Salem in Mosul, which is located in the Central Eastern part of the city.

The report States that the terrorists used this hospital as a base for their operations and the command post.

“To support Iraqi forces, coalition aircraft struck the air strikes on the positions of militants”, — stated in the message.

The coalition struck a hospital in Mosul, Iraq today pic.twitter.com/RmDqWTJaUM

Obama: U.S. mistakes in the invasion of Iraq became one of the reasons of the birth of ISIS

That the blow was struck exactly on the hospital, in the message text is not specified, but the widespread message is entitled “the Coalition has struck a hospital in Mosul”.

About the dead and injured in the data message no.

“We will continue to strike at military targets ISIS in support of our allies to destroy ISIS in Iraq,” — said in a press release.

Meanwhile, bi-Bi-si reports that more than 60 people were killed in the air strikes inflicted on the town of al-Qaim, controlled by ISIS near the Syrian border.

Citing eyewitnesses bi-Bi-si reports that one of the strikes hit the mosque, which militants used as their command post.

Other strikes hit residential neighborhoods. It is reported that among the victims were 12 women and 19 children.