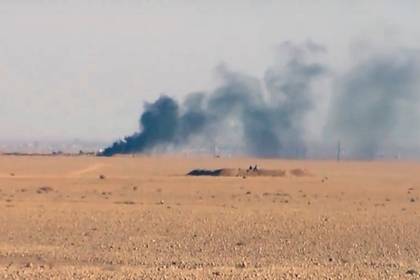 Us air force (USAF) eliminated in Syria, one of the leaders of the international terrorist organization “Islamic state” (IG, is prohibited in Russia) Boubaker al-Hakim, who participated in the attack on the magazine Charlie Hebdo in January 2015. On Friday, December 9, reports Reuters referring to the representative of the Pentagon.

According to him, the extremist was eliminated at the end of November in raqqa in airstrike. It is assumed that 33-year-old al-Hakim, a Frenchman with Tunisian roots was the coach of the brothers Koichi who committed the attack on the editor of the satirical weekly.

Boubaker al-Hakim fought against the Americans when they invaded Iraq in 2003, reports TASS. He also recruited Muslims in Paris to fight in the Republic. In 2008, he was arrested in Syria, and in may of the same year, a court in France said him to seven years imprisonment.

Freedom of al-Hakim came out in early 2011, and then went to Tunisia. He later took responsibility for the murder of two Tunisian politicians. By that time, as suggested in the Pentagon, he has held a key role in a terrorist organization.

January 7, 2015 during an armed attack on the editorial office in Paris were killed 12 people, including 10 of the magazine’s staff and two police officers. There were two assailants, they fired about thirty rounds from an automatic weapon.