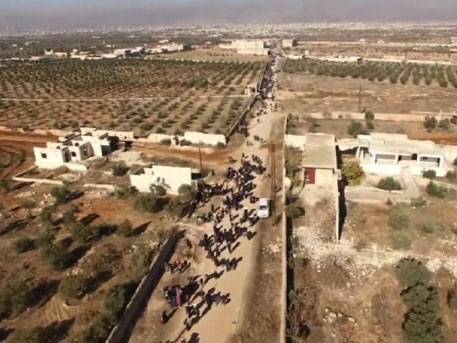 More than twenty thousand civilians left the war zone in Eastern Aleppo. These figures are provided by the Ministry of defence today.

According to the official representative Minoborony of the Russian Federation Igor Konashenkov, the terrorists may not be trying to go to the provocations, as the situation is controlled strongly on all fronts.

“We warn the terrorists and militants of the so-called moderate opposition, but also appeal to their patrons. Don’t try to make any provocations and shelling of civilians coming through the humanitarian corridors. The Russian Centre of reconciliation is monitoring the situation not only on earth, but with the help of unmanned aerial vehicles,” – said Konashenkov.

It is noted that people get everything they need – food, water, and then they provide temporary shelter. According to the Center for reconciliation, thousands of terrorists have laid down their arms. At the moment, about 95% of the city controlled by government forces.