Moscow. 8 Dec. INTERFAX.RU — NATO sees no immediate threat to any specific member of the Alliance and considers proportional to the measures of deterrence in the region of the Baltic sea, said Thursday the Secretary General of the Alliance Jens Stoltenberg. 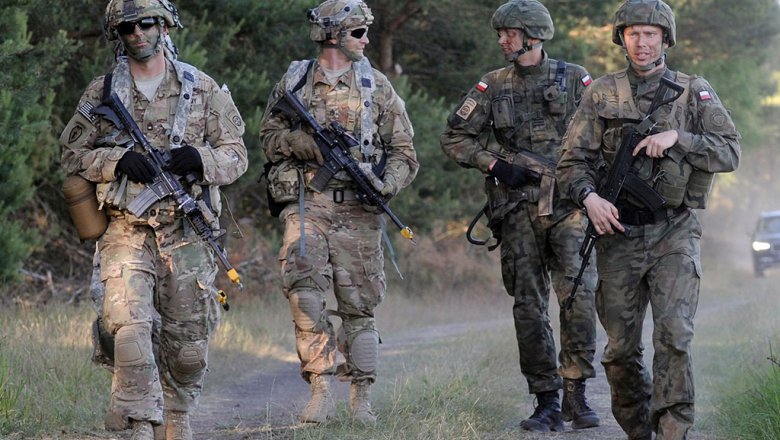 “We see no immediate threat to a specific NATO country and don’t want us to have the same (with Russia in the region — if) number of soldiers or aircraft, we want to respond proportionally and to provide a response to the scale of the challenges. We have tripled the response force, plus multinational battalions and a small headquarters. They provide deterrence,” said he at a press conference with visiting the headquarters of the NATO with the President of Estonia Kersti Kaljulaid.

However, he noted that if necessary, the region can be quickly deployed and placed over a large force, and preventively, before the beginning of the conflict.

“We are not talking about the fact that four multinational battalion, posted in Estonia, Latvia, Lithuania and Poland were the only components of the containment on the Eastern borders of the Alliance”, — said the Secretary General.

“In our military planning, we take into account the capacity of Russia’s armed forces in the Baltic sea region. That is why we have decided to increase forward presence in the Baltic countries and Poland”, — he explained.

“But the gain may be deployed and deployed before the start of the conflict. The essence of amplification is to prevent conflict, to send a signal of deterrence. We have an early warning system, has intelligence. We can send a clear message that NATO protects all allies against any threats. We must understand that it is a multinational battalions. This in itself is an important signal that an attack on one ally will lead to a reaction the whole of NATO,” — said the NATO Secretary General.

Stoltenberg explained that when he speaks of “proportional response”, refers to the proportion relative to the scale of the challenges.