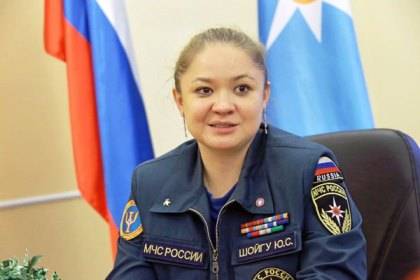 Director of Center of emergency psychological aid EMERCOM of Russia Yulia Shoigu criticized in textbooks on life safety provides information on first aid. My opinion on this occasion she expressed in an interview with “Moskovsky Komsomolets”.

“If one does not affect the most important aspects of first aid, then the other, you can meet just a terrible mistake,” said the daughter of the Minister of defense of Russia.

She was asked to give examples of such errors, not necessarily from textbooks. “For example, in the absence of antiseptics is advised to disinfect the wounds with gasoline, when the epileptic fit is to fasten the tongue with a pin to the lower lip. Or why it is considered that a punch in the chest to start the heart. None of the above can not be done. Something is just hurt, and something may even lead to a lethal outcome”, — said Shoigu.

She added that today, including the project of the Ministry, “Learn to save a life!” the situation with the knowledge in this area has moved from a dead point — trained people every year becomes more and more. “However, the problem of lack of system of training of the population on first aid however is still very relevant. In many regions free of such knowledge and skills is simply impossible to obtain,” stated Shoigu.

In October 2016 in Rosobrnadzor said that in 6-and 8-graders in April of next year it is planned to conduct a National study of the quality of education in basics of life safety (life safety).