The European Parliament and the EU Council could not reach a compromise on the mechanism for suspending the visa-free regime, which depends on the lifting of restrictions on travel of citizens of Ukraine in the European Union, of the struggle for power. This opinion, as the “Корреспондент.net”, expressed the Minister of foreign Affairs of Ukraine Pavlo Klimkin. 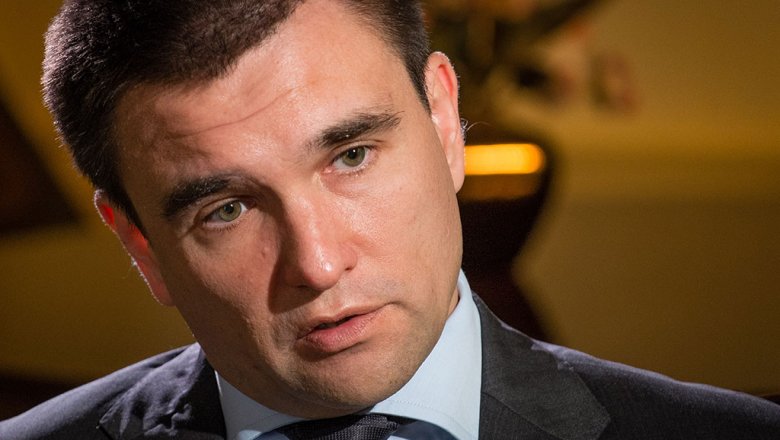 “The European Parliament and the European Council, so to speak, fought for power, to show who in the end do more for European citizens”, — said the Minister. He also explained the problems with the production mechanism the situation of migrants in the EU and the terrorist threat.

“And, of course, still there are not only visa-free regime for us and for Georgia, but there is visa-free for Turkey… And now the question was closed, now today it is a number of technical vote,” — said Klimkin.

The foreign Minister also said that all obstacles to the granting of a visa-free regime for Ukraine will be lifted by early January. “Will they [MEPs] next week is only a matter of having to go all the voting, and five of them, if I’m not mistaken. If you do not have time during the week, then just complete the procedure on the [plenary] week of January”, — quotes its words “European truth”.

At the same time the correspondent of “Radio Liberty” in Brussels Ricard Jozwiak expressed opinion that Georgia will receive a visa-free regime with the EU faster Ukraine. “On visa liberalization for Georgia, most likely, will take place on Wednesday and will be the first and the last. A Trialogue on Ukraine only after the formal adoption of the mechanism for the suspension [of the visa-free regime], at the beginning of next year,” he wrote on Twitter.

December 8, MEP from Lithuania Petras Austrevicius said that a political decision about granting Ukraine visa-free regime with the EU is not accepted.

Earlier in the day it was reported that deputies of the European Parliament and officials of the European Commission agreed on a mechanism to suspend visa-free regime in emergency situations for the citizens of Ukraine and Georgia. The lack of such opportunities was considered the main obstacle to the provision of a simplified regime for the travel of Ukrainians and Georgians in the member countries of the EU.

In November, European Parliament President Martin Schulz said that Brussels has still not provided Ukraine visa-free regime because of the position of such countries as France, Belgium, Hungary, Italy and Germany.

At the end of October the President of Ukraine Petro Poroshenko said that the documents on granting to Kiev of a visa-free regime with the EU will be signed and ratified by the European Parliament until November 24. By the deadline the decision was made was not, but social media users jokingly began to note designated by the President date.